So, you wanna go to Origins? Or maybe Gen Con? Let's compare the two. 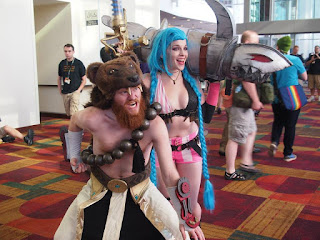 Considering that the whole purpose was to play board games, I sure did pay a lot of attention to the food. It used to be, when I went to Origins Game Fair or Gen Con, I would get incredibly excited about the culinary options that presented themselves in between rounds of my favorite games and roaming the dealer hall for prizes. That’s why, for years, Origins was my favorite of the two big US gaming events because the Columbus Convention Center was right next to the North Market. Located just a block away, this market has so many amazing foods - Jeni’s ice cream, Indian curries, excellently prepared meats, local fruits and veggies - that you’ll want to buy your badge for next year’s Origins before you leave town. But then Gen Con decided that maybe an overpriced food court and a bunch of chain restaurants in downtown Indianapolis were not enough for tens of thousands of hungry gamers. That’s when the food trucks started showing up.

And so now, based on delicious calorie choices, Origins and Gen Con as basically a wash these days. Both now let you eat lots of interesting and unusual foods, so, if we want to compare the two conventions - and in this article I do, for anyone who’s been thinking of attending one or the other and could use help deciding which one to go to - we’ll have to do it based on the actual gaming opportunities. This is where Origins and Gen Con are the same but different. I’ve been going to both for the past 7-8 years, and in that time, they’re only been held in the cities where they will be held again in 2016. The long history of these two cons takes them from the shores of Lake Geneva to Ann Arbor to many other cities. But this isn’t a look back. I’m more interested in trying to help you pick between the two for the future, and maybe offer a few tips to old-timers who think they’ve seen it all.

As far as the numbers go, Gen Con is going to mop the floor with Origins every time, but that doesn’t mean that Origins isn’t worth going to. In 2015, Gen Con had over 61,000 people, more than twice as many as came in 2010. Origins, on the other hand, saw almost 16,000 attendees last year, up from the 10,000 or so who were there in 2010. You can probably guess that those numbers mean that everything’s bigger - but not necessarily better - in Indianapolis. More people means a more crowded dealer hall. More people means more costumes. More people means more events. In fact, while there will be over 4,500 events at Origins 2016 and probably over 13,000 at Gen Con (numbers for 2016 are not yet available, but that’s how many took place last year). 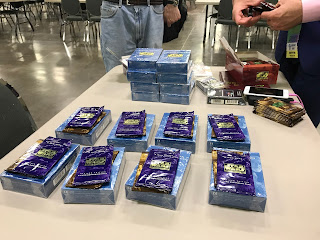 The incredible number of people who cram into the Indiana Convention Center for Gen Con each year means that, if you’re willing to put the effort in, you will be able to play whatever game you want there. From the newest and hottest release to some 30-year-old classic that takes two days to play, you will find your tribe at Gen Con. In my experience, if you’ve got an old, perhaps out-of-print game you’re just dying to get to the table again, Gen Con is a much better bet. One of my all-time favorites is the Star Wars CCG, the one made by Decipher from 1995-2001. Since then, fans have kept the game alive, but it’s been a challenge for me to find people to play with these last few years. Thankfully, at Gen Con, I know there will always be at least one tournament, and the one I played in last year was a build-a-deck-right-before-you-play cube event, so I didn’t have to worry about the current state of the metagame to play again. It was glorious. I have also been able to play some of my other old favorites – like Anachronism and the Lord of the Rings LCG – at Gen Con without too much hassle. I’ve found opponents through the BGG forums ahead of time but, once, I saw someone buying old Anachronism packs in the dealer hall and asked him if he liked the game. He said he didn’t know it and that it was sort of an impulse buy, so we immediately found a table and I taught him over a few fun, short games. This sort of thing is easier at Gen Con, but could happen at Origins, too.

This brings me to the dealers. You’ll find way more to spend your hard-earned money on at either Origins or Gen Con than is sensible for any logical person, and somehow I always manage to drive home with more than I intended to buy. Most game companies plan to have their (hopefully) hot new release available at Gen Con, but a few will prepare new games for Origins as well. I’ve learned that the amount of time it takes to rush to the dealer booths that are selling the most popular games, the time it takes to wait in line, and then the disappointment that results when the game you want is sold out is just not worth it to me. I’m happy for everyone who likes to track down the games they simply must have as soon as they’re released at Gen Con, but since the good ones will hit general distribution at some point - even if it means waiting a few months - the better choice for me is to just pass on all the rush and spend more time gaming while I’m on site.

Both Origins and Gen Con will offer you high-caliber tournaments for any number of games, but there’s no question that there will be more happening in Indianapolis. Fantasy Flight Games, for example, is hosting massive tournaments for its tournament-level games (things like Netrunner and Star Wars: Imperial Assault) at both cons, with the one in Ohio called the US Nationals Championship and the Indiana one being the North American Championship. Not every company is going to devote this many resources to hosting two big tournaments, so if you’re into tough challenges, then you’ll want to pack your bags for Gen Con. I happen to like the more relaxed feel that Origins offers and the open board game room (well, open once you buy the ribbon/pass) has been a favorite place to learn new games and sometimes be able to get a few free ones. The open board gaming in the Rio Grande and Mayfair rooms are also great places to hang out in the evenings, and they’re usually available at both cons.

The standard badge price for Gen Con is $75, while Origins is $65. Both have various discounts available for early birds and children and other special cases. If you want to get in for free, I can heartily recommend volunteering with your favorite game company as a booth monkey. I’m sure there’s a better name for these helpful people, but when I volunteered many years ago, I thought that booth monkey was a good a term as any. Depending on the company and the number of hours you help teach their games, you can usually score a free badge and maybe a bed in a shared hotel room. It’s not the easiest job in the world (running through the rules for the same game over and over for four days does wear on the nerves a bit), but it is a cool, low-cost way to explore the universe of a big game convention. 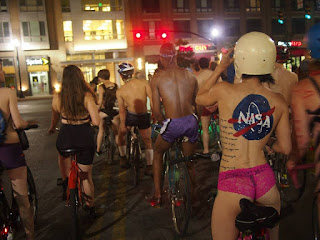 If you want to explore the things that happen outside of these convention halls, then I can easily recommend the convention-adjacent areas of Columbus over Indianapolis. Aside from the easy-access food at the North Market, Columbus has the Short North, a street full of quirky shops and restaurants. It used to be that Origins happened on the same weekend as ComFest, a wonderfully weird celebration of local music and community that happened at Goodale Park, just a few blocks away from the Convention Center. With Origins moving its dates around recently, the two events don’t take place at the same time any more, but they might align again soon. For the past two years, there’s been a different sort of counterculture event that happened at the same time as Origins: a “bare as you dare” naked bike ride. The date for 2016 has not yet been set, but it wouldn’t hurt to step out onto High Street Saturday evening at maybe 10 pm, just to see if a few hundred mostly naked people will be riding by. You won’t see that in Indianapolis.

When I go to these conventions, I usually stay with friends, so I’m not that familiar with the hotels in either Columbus or Indianapolis, but I do know that if you haven’t booked a hotel by now, you’re probably not going to be staying anywhere close to the convention center. Those rooms get snapped up real quick. So, I’ll just give you my advice for how to move around the two downtowns. Parking is easier and cheaper at Origins than it is at Gen Con, but since 2015, Indianapolis has a great new carsharing option called BlueIndy. After you get yourself a short-term membership, you can drive these electric rental cars from near your hotel towards downtown, park for free and just walk away from the car. When you’re ready to go back, look at the app on your smartphone to see where the nearest available car is and hop in. I got to test this out last year, and it should work great for Gen Con attendees who don’t want to bother with bringing their own car. Of course, if you’re going to be buying heaps of games, maybe it’s worth it to have your own trunk to put things throughout the day.

Oh, and one more thing about the food choices in Columbus and Indianapolis. The lines are shorter at the North Market than they are at the food trucks. If you still haven’t made up your mind which one to go to, there’s your tie-breaker right there. In the end, there’s no wrong choice here. If you want to get yourself neck-deep in board gaming, then you’ll have fun no matter which event you go to. Pretty soon, you’ll end up going to both of them, like so many others. It’s a good life.

*This article originally appeared in Counter magazine, issue 72, April 2016.
Posted by Unknown at 7:08 AM